Today I want to tell you about 4 losers.  You can decided who the biggest loser was for yourself.  The first loser is Bill Boaks.  Bill was a former Navy man, born in 1904.  He stood first in 1951 in Walthamstow East, mistaking it for the then Prime Ministers constituency.  Clem Atlee was actually the MP for Walthamstow West.  Boaks eventually got the right constituency when he stood in 56.  This however was a by-election triggered by the stepping down of Atlee.  In total Boaks stood in 40 elections.  That however is not where his record lies.  His record lies in the lowest number of voters gained at a Parliamentary election.  In 1982 he received just 5 votes in the Glasgow Hillhead by-election.  He died four years later as the result of a traffic accident.  Ironically road safety was something he campaign on in every election he stood in as well as bringing a private prosecution against Atlee’s wife, a notoriously poor driver. 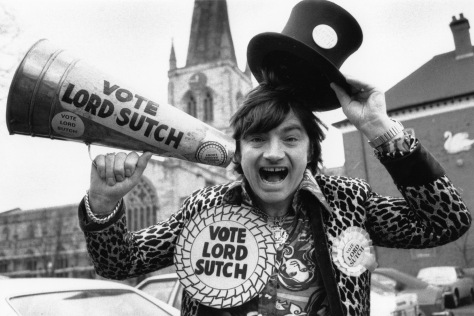 Maybe you think Screaming Lord Sutch’s 41 loses constitutes the biggest loser.  From 1963 to 1997 Sutch stood in some of the most high profile election races.  Maybe he isn’t such a loser, after all around 7 manifesto pledges made it into law.

The world record for most election loses goes to John C. Turmel a Canadian and according to the Guinness Book of Records holds the records for the most elections contested.  Some are disputed but it is around 90. 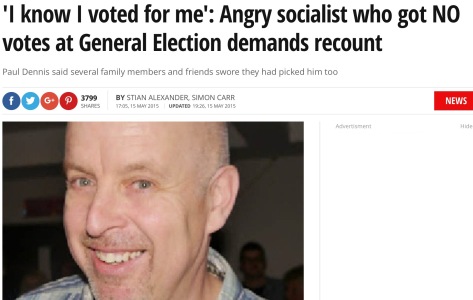 Whilst not a parliamentary election there has been an election where the candidate received no votes despite both he and his family voting for him.  Paul Dennis, Trade Union and Socialist Coalition in Rainham North ward in the local elections in Kent received zero votes despite insisting he actually voted for himself.