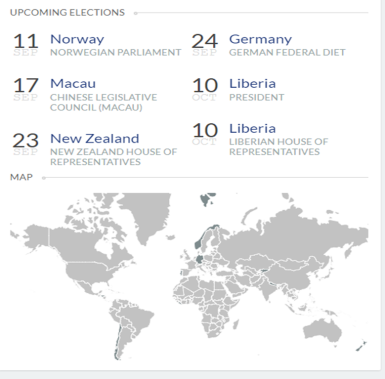 There are a handful of elections coming up in the next few months, arguable the most important of which is the German Federal elections.    This will be Merkel’s 4th election as leader of the CDU.  The German parliament is in the dying days of a Grand coalition of the largest two parties.  Going into September Merkel maintains a commanding lead over Martin Schulte’s high profile leadership of the Socialist.